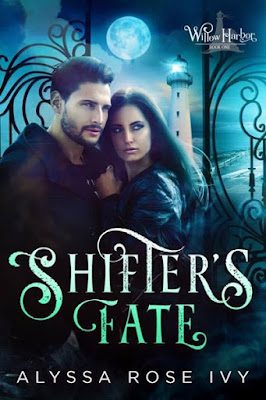 Willow Harbor launches in just a few weeks! I can't wait to share Shifter's Fate with everyone, but until then here's the first chapter. :)

Preface
Mattie
The sea churned in front of me, the waves slamming against the shore as the storm worsened above. I heard the voice again calling my name, urging me to step closer to the water.
Logic told me to stay away, but logic didn’t rule in Willow Harbor. Fate did.
I stepped into the water, clutching the book against my chest, and giving myself over wholly and fully to fate.


I thought over my options. Making sure I didn’t get lost was high on my list. So was avoiding a potentially uncomfortable situation with the new boss. “Sure. Lead the way.”
at September 18, 2017