Oh my gosh, you guys, I am getting so excited for the release of Willow Harbor on Monday!!! We have all been working on this series for so long that it almost feels surreal to have them about to be released into the world. I just know you're going to love this mysterious little town!

For my first chapter reveal today, I realized that Chapter One of my book is soooo tiny that it would be better to actually post Chapters One AND Two for you today. That way you can see a little bit of both Nik and Eva :). Enjoy! 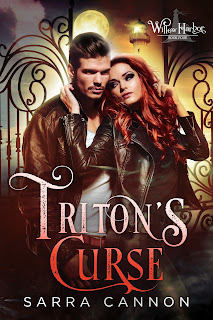 I checked the rear view mirror for the millionth time since I’d left Las Vegas, but there was no one back there. Not a single headlight.

I checked again, just to be sure.
I’d been driving for nearly two days straight. I was exhausted and terrified, but with the windows rolled down, I could smell the salt in the air and the promise of freedom.
I was almost there.
For the past few hours, I’d been fighting just to keep my eyes on the road, but now I rolled down my window and let the wind blow my hair around. I turned the radio off and let my shoulders relax.
I had no idea where I was or what town I would be in when I finally hit the coast, but there was a single refrain running through my head for those last fifty miles.
I made it.
Two days ago, I had walked out of Mist Lake Towers, the place where I had been kept as a slave, gotten in the first car I could find, and started driving. I didn’t know or care where I was going, just as long as it was the coast and as far away from Dominic Moreau as possible.
By now, he would have all his hounds out looking for me, but I’d never gotten this far before so maybe this was the time they wouldn’t find me. Maybe I’d gone far enough that they would never find me again.
I hung my hand out the window, feeling the rush of the wind fly around my arm. God, it felt good. Freedom was something I had never known, and even if it was only mine for a few days, I would never forget how good it felt.
No one in the world knew where I was, and no one on this side of the country knew who I was or what I could do. This was going to be a fresh start for me, and even if I had to keep running every day for the rest of my life, at least I would be running free.
I breathed in the scent of saltwater and drove as fast as I could toward the sea. I wasn’t using any maps or GPS. I just kept going east and wherever I landed, that would be home. At least for a little while.
I passed a diner and thought about stopping to get some food or ask for directions to the closest beach, but I was too exhausted to stop.
It was well after midnight, and I was just anxious to get there and put my toes in the sand. I was struggling to keep my eyes open at this point, but the promise of the sea kept pushing me forward. Just a little farther.
Even if Dominic and his guys found me standing there, the waves tumbling across my feet, at least I would have those precious moments. That’s all I wanted.
I had never been to the ocean, but I had dreamed of it my whole life.
I was almost there.
I just needed to stay awake a little while longer.