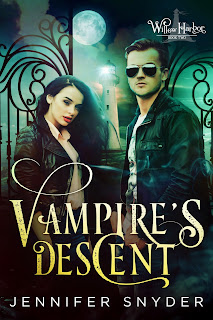 Hey, everyone! I'm super excited to share the first chapter of Vampire's Descent with you today! I hope you enjoy.